Art is Not a Fluff Industry 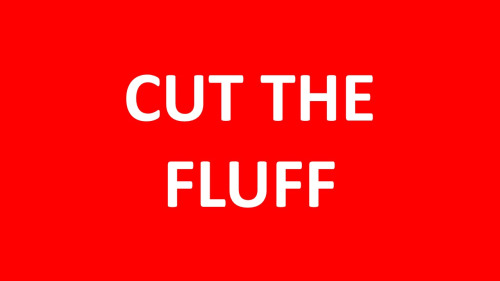 Back when I used to serve tables full time, I was always talking about my future “real” job. In my mind and the minds of those around me, being a server seemed not only illegitimate but entirely frivolous. Still after over a decade of serving tables, it often feels the same. In some unspoken agreement, the servers I know all came to the conclusion – part timers, full timers and, yes, even the lifers – that waiting tables falls into the realm of temporary, trivial, essentially false job paths. Is the cash in my pocket at the end of a night somehow less real? Is the stress from a rough shift less valid? Do my aching feet hurt less because this isn’t my “big girl” job? Are the over 2 million servers in the U.S. less important than the other 120 million “real” workers in the U.S.?

Somehow we’ve gotten ourselves royally mixed up with regards to our perceptions of work and which jobs matter and which do not. Who decides and how does the criteria for an “important,” “essential”, “honorable,” “respectful” job get determined? If someone is willing to pay for a product or service, isn’t that product or service inherently valuable?

Even though work makes up more than half of the word artwork, it seems that misconceptions about the value of art, both intrinsically and economically, dictate that art is not a “real” career path, one that more often than not is deemed less serious and therefore inconsequential. Working in the arts is seen as fluff by those with “real” jobs. Arts jobs, many appear to believe, are nice but they aren’t essential.

Does $704.2 billion sound like fluff? What about 4.2% of the GDP? Would you believe me if I told you that in 2013 the arts and culture produced more in the U.S. than construction ($619 billion) and more than utilities ($270 billion)? TheNational Endowment for the Arts’ latest study shows that over a fifteen-year period arts and culture grew by 32.5%, outpacing accommodation and food services (1.4%), retail trade (1.3%) and transportation and warehousing (1.1%). In 2013, the arts and cultural sector employed 4.7 million wage and salary workers earning $339 billion. I’m no economist, but these numbers tell the story of real value and impact.

In the visual arts alone, the global art market (auction houses, galleries, private dealers, art consultants) roughly accounts for $56 billion a year and could be even higher due to underestimated sales by galleries and dealers. Sotheby’s Michael McCollough detailed his critique to BLOUINARTINFO on how the art market gets counted: “…they say the public market (auctions) makes up 48% of the total market and the private market (galleries) comprises 52%. To people who actually work in the market, these number[s] are off wildly; most people estimate the private market to be at least twice as large as the public market. If my estimates are correct — and we know the global public market was at $27 billion last year — then the global private market was around $54 billion, thus the total global market should have been somewhere around $81 billion.” Either way you count it, that’s a lot of dough.

Let’s now examine the art supply chain. Where does the chain start? With the canvas, stretcher bar, paint or brush manufacturers? The artist herself? Wouldn’t you need to go back in time to the very first moment that artist used Play-Doh or crayons or finger paints or Legos or a stick and some dirt to create something from her imagination? Let’s skip over pre-K, elementary, middle and high school and just think about higher education. The whole degree thing is its own industrial complex churning out 100,000 students with arts-oriented BFAs, MFAs and PhDs per year. From there, take into account the thousands of galleries, dealers and art museums, frame shops and art supply stores. Next, think of the art handlers and installers, the shippers, insurers, appraisers and conservators. Let’s not forget the art buyers themselves – individuals, institutions, municipalities, corporations. A 2015 study by Larry’s List on wealthy international art buyers estimates “there are 8,000 – 10,000 collectors worldwide who regularly buy substantially priced works from contemporary galleries and from fairs like Art Basel, Frieze and the Foire International d’Art Contemporain.” Think of the travel costs alone!

All this talk of dollars aside, everyone I know who works in the arts does so for his or her love of art not love of money. They work in the arts because they can’t possibly live any other way. Aren’t the most important jobs the ones with the most passionate people in them, the ones where the worker derives the most meaning from his or her work, the ones where the worker strives for the deepest understanding of what it means to be alive at this moment in time on this planet?