Behind The Scenes of Equidistant By Samantha Parker Salazar

NINE dot ARTS(NDA) and Sage Hospitality commissioned Samantha Parker Salazar beginning in June 2014 to createEquidistant, a site-specific sculpture from a crescendo of intalgio prints for the Courtyard Austin – University Area.  Working with the crackerjack installation team from Austin Art Services, NDA and Samantha installed the massive sculpture over a period of weeks, finishing on February 7, 2015. Cascading down four stories, the work hovers like a giant, silent waterfall above the hotel’s check-in desk, viewable from the first floor floors.  The work’s title comes from the geometric principle of the liminal space between two points that are an equal distance apart.  Sam says equidistant suggests “a gray area or intermediary space between objects.” 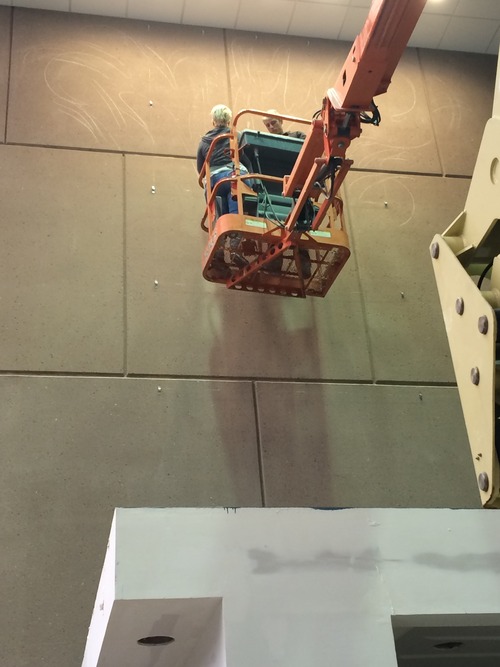 Currently the John Fergus Family Post-MFA Fellow and printmaking lecturer at Ohio State University, Sam received her MFA from University of Texas at Austin in 2014. She has exhibited nationally and internationally and will be a resident artist at the Frans Masereel Centrum in Kasterlee, Belgium this summer.

NDA took some time out from the installation to interview Sam about her process, printmaking and being an artist:

NDA: What’s your favorite part of the installation process?

Sam: Two parts: First, when I initially see the space and the ideas start flooding my imagination. This is usually several months before the actual act of installing in the space. Second, at the very end of install when we adjust the lights. I enjoy working with the light sources to create interesting drop shadows that I will sometimes paint.

NDA: When did you know you wanted to be an artist?

Sam: I truly do not remember a time when I decided I wanted to be an artist. Creativity is something that flowed through me at a very young age, and thanks to my teachers, parents, and grandparents it was cultivated over time.

Sam: I had the luck of taking a printmaking/drawing combination summer workshop with Rina Yoon at the Milwaukee Institute of Art & Design when I was still in high school. I had no idea what printmaking was, but I wanted to take drawing and so I just fell into it by chance. I then was lucky enough to find myself at Bradley University, where I met my mentor and friend Oscar Jay Gillespie. He encouraged me to pursue printmaking and my passion for the process only grew from there. In terms of making installations, it is very helpful to use printmaking as a way of making multiples. It speeds up the process of image-making for large projects, and the rich quality of the inks lends a visual depth to each piece. 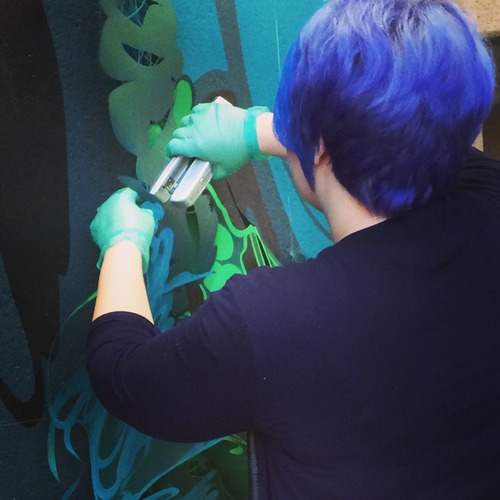 NDA: How did you go from printmaking to installation work?

Sam: I was initially trained as a metal engraver. The incised line of an engraving is very three-dimensional in its own way. You can run your fingers over the ridges of a print and feel each line. This gave me the idea to also cut paper. For a long time, I would play with my cut paper engravings on my table top, then eventually hanging them on the wall with thumb tacks, and finally I arrived at a place where I knew I wanted to incorporate the prints into three-dimensional forms. It gave them a new life and made them more challenging, in a fun way.

NDA: Anything else you’d like to say about the piece or your work?

Sam: I can’t think of anything else to say! 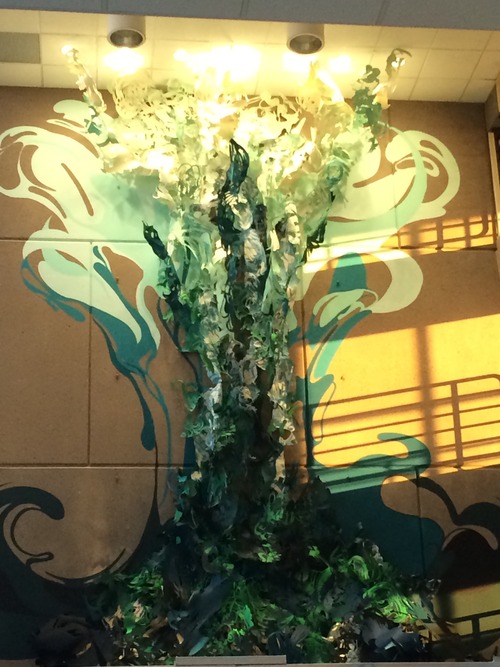