Breathing new life into a historic space is no easy feat. Navigating issues from crumbling walls to leaky roofs, updating outdated electrical systems, and addressing the need for modern amenities and conveniences can be tiring. But it’s usually well worth it in the end.

The renovation of The Blackstone in Chicago by Sage Hospitality proved that an iconic, historic hotel can not only stay relevant, but also set a new standard for what can be expected from a boutique hotel experience (thanks in part to its captivating art collection).

Opened in 1910, The Blackstone’s walls have witnessed an indelible line-up of famous visitors. As a guest during the past century, you might have rubbed elbows with the likes of Nat King Cole, the Rockefellers, President John F. Kennedy or even Al Capone.

With the addition of modern touches, The Blackstone remains a world-class destination for leisure and business travelers, boasting an exceptional collection of museum-worthy artwork by local and internationally renowned artists, curated by NINE dot ARTS.

Celebrating a hotel’s history through art doesn’t mean you’re confined to using stodgy blue prints and black/white photos of patrons of yesteryear. On the contrary, our team found that opportunities to narrate such a rich story are endless.

When you walk into The Blackstone, you’ll find subtle and not-so-subtle references to famous hotel guests and influencers who shaped the streets of Chicago outside the hotel. Balancing the turn-of-the-century, yet timeless aesthetic of the hotel’s interior and exterior design, the art collection is filled with modern pieces that capture the essence of Chicago’s movers and shakers, both past and present.

Eric Garcia’s street art style The Blackstone Chronicle provides historical insight into The Blackstone, depicting history including namesake Timothy Blackstone and his demolished mansion; Al Capone; former owner Maharishi Mahesh; the Drake brothers; Lena Horne; architects Marshall and Fox; the 1920 Republican Convention; and the numerous movies filmed at the hotel, such as “The Color of Money.” 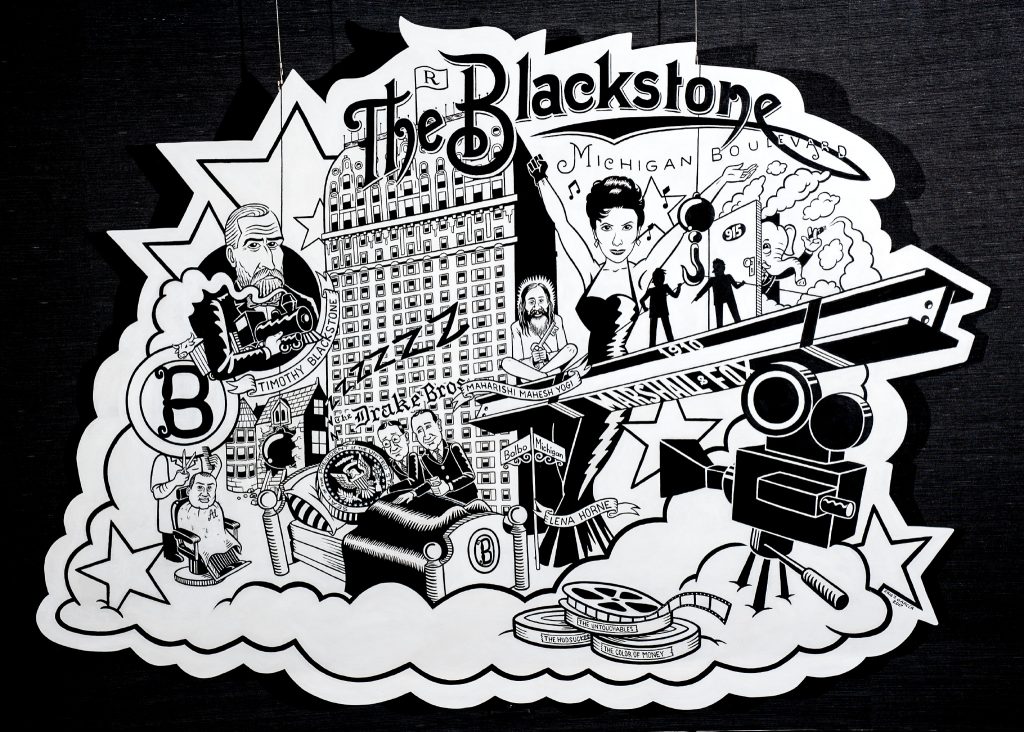 Cheryl Hicks’ Political Aspirations captures one of American history’s most scandalous rumors of an affair between Marilyn Monroe and President John F. Kennedy, who stayed at The Blackstone’s Suite of the Presidents in 1962. 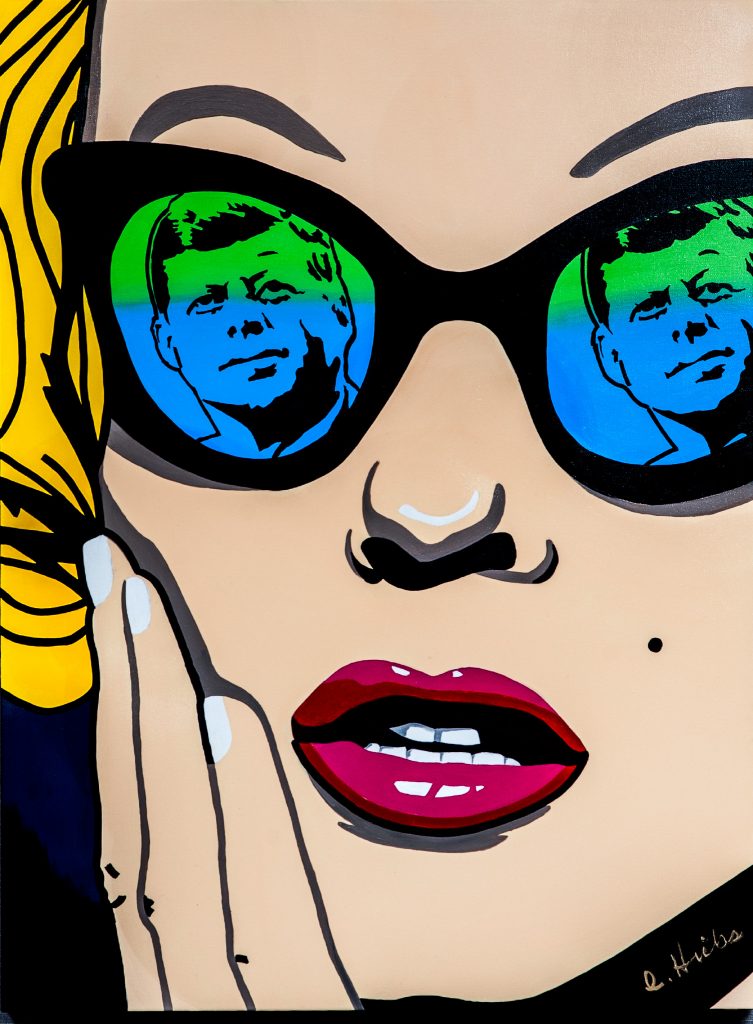 Perhaps the most infamous patron of The Blackstone, Al Capone was sentence to prison on October 17, 1931. Anonymous artist WhIsBe irreverently pays homage to that date and the mobster with Vandal Gummy Bear. 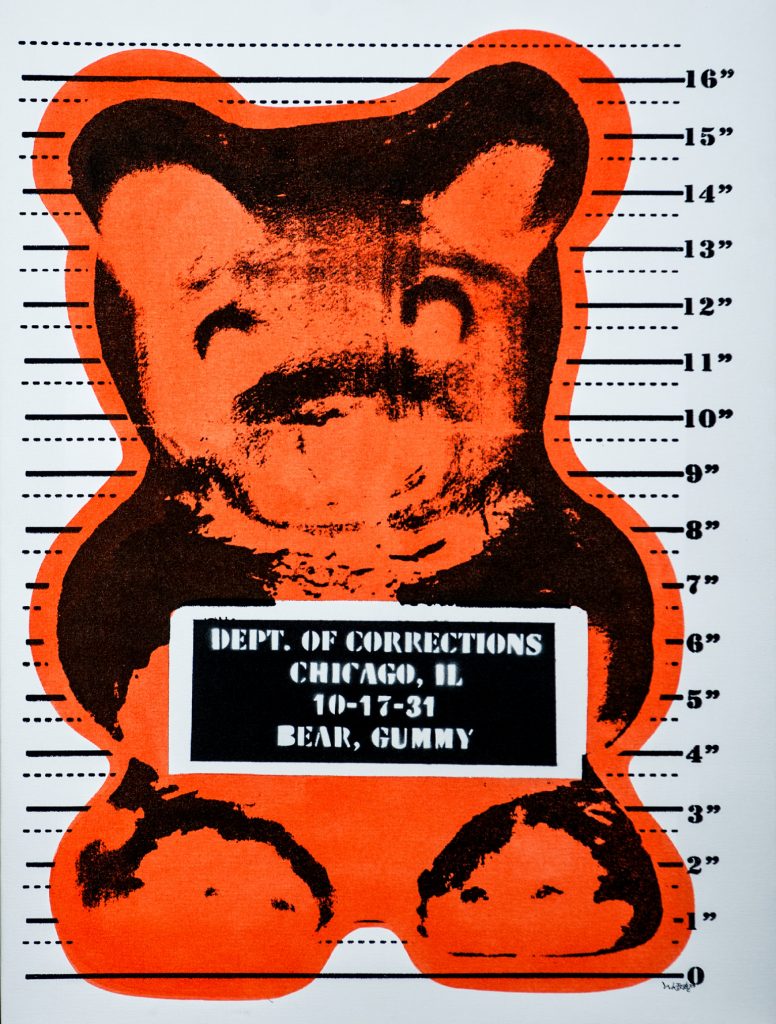 There is no doubt the art collection at The Blackstone is not only museum-worthy, but it also uniquely captures the rich history of Chicago through the decades.

To explore more of the artwork, read USA Today’s article about The Blackstone.