Design Come To Jesus or How Not To Use Pinterest 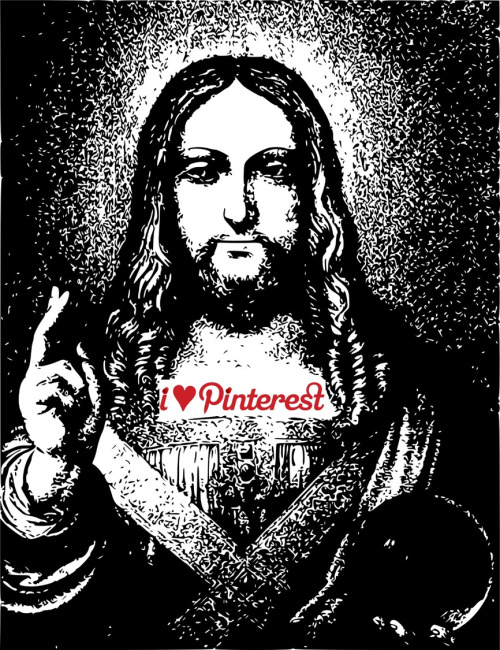 We’ve noticed a disconcerting trend occurring in the design world: using famous artists’ work as “inspiration” i.e. knock offs, rip offs or bad imitations for design. All too often, we see the same handful of artworks referenced in design concept boards or procurement packages as the basis for fabricators to make a “new” product. This proliferation of particular artworks feels suspiciously linked to social media and Pinterest especially. Don’t get us wrong, we love Pinterest as much as the next person. But we pin an artwork so we can remember that artist and use that particular artist’s work in a future project not as the basis for our own designs or so we can convince another artist to do it at a cheaper price.

In the design world, where “useful articles” (i.e. clothing, furniture, etc.) cannot be copyrighted because they provide a utilitarian function in society, riffing on a previous design is commonplace and perfectly legal. Think about all those fast-fashion retailers that take their cues from the runway or the furniture companies who make affordable versions of high-end pieces. Artwork, however, is specifically protected under Federal copyright law, which means the kind of copying that goes on in the design world doesn’t fly in the art world. Besides being against the law, knocking-off famous artists’ works is downright tacky.

Take, for example, the Loews Hollywood Hotel in Los Angeles. In 2014, Hyperallergic reported the hotel featured “two large photos tailor-made to look just like [Marilyn] Minter’s work, but they are not the genuine article.” Minter told Hyperallergic, “They were just terrible photos and they looked Photoshopped.” Later she said, “It’s the same ingredients I would use, but I would never let that image out of the studio, it’s…so bad.”

It takes a ridiculous amount of time, thought and energy to find the right vision for a project, which is why it’s so crazy hard to let go of it once it’s been solidified. In the creation of Loews Hollywood Hotel we can imagine someone presented Minter’s work in a mood board and everyone latched onto it. Perhaps the real or perceived cost for a Minter work was beyond the budget or perhaps everyone thought it was okay to do a DIY Minter? We can only hope the design team was well-intentioned, however, the sad fact remains that the hotel and everyone involved in its design made a poor choice.

The hotel could have purchased mural-sized wallpapers Minter created with Maharam to have the real deal at a more affordable price. Or, instead of trying to imitate Minter’s signature style, why not try to find a local artist that can speak to the city’s culture? L.A.-based artists like Stephanie Vovas, Alex Prager or Doug Aitken could have provided a similar feel of luxury-meets-grit with a distinct Hollywood vibe. Not only that, but the hotel would have bought original works by artists living and working in the community in which the hotel does business. Rather than be shamed by Minter and Hyperallergic, the hotel could have been celebrated by being a champion of L.A. artists. Of course, to switch to a different artists means deviating from the original vision, but how much better is the story of buying original art vs. knocking-off art?

To emphasize: ripping off famous artworks/artists is not only illegal, it’s short-sighted and a missed opportunity. For the price of an imitation artwork, you could probably get an original work by an emerging or even an established artist. By purchasing work from a living artist, you support that artist financially, of course, but you’re also giving that artist’s career a chance to flourish and you’re sustaining the creative economy by ensuring that art continues to be valued, economically and intrinsically, in our culture.

Being creative is not easy, we know. We can’t tell you how many times we’ve sat down at a blank piece of paper to feel completely and utterly devastated by its blankness. When you have to churn out new ideas all the time, it’s even harder. As Minter told Hyperallergic, being in the commercial world is tough because you “have to come up with an idea every week or every couple of weeks.” It’s no wonder that a designer (or any creative person for that matter) looks to others for new ideas. We believe firmly in being sponges when it comes to inspiration; soak up anything and everything possible (the more disparate the better.) But when it’s time to create, don’t flat-out copy.

Finding the right artwork for a project can be overwhelming. We know all too well from first-hand experience of countless hours, days, weeks, even months developing art programs and we look at art all day every day. That being said, the difficulty in finding the right art is no excuse for blatantly ripping off an artist; like anything in life, the most challenging path may offer the sweetest rewards.