Earlier this summer one of our very own dots had the opportunity to attend Otis College of Art and Design’s first Emerging Curators Retreat. NINE dot ARTS Associate Curator Arielle Myers joined professional curators, artists and thinkers alike on the retreat in Los Angeles to listen in on talks, conversations and presentations from some of the most established curators and artists in the country. The program, which focuses specifically on Los Angeles’ local art scene, aims to attract emerging, talented and diverse individuals looking to advance their artistic and curatorial skills, while allowing them the opportunity to engage with the local art community and advance their careers as curators.

Read more from Arielle as she shares a few of her favorite experiences from the retreat.

What drew you to attend the Emerging Curators Retreat?

I was drawn to the opportunity to meet and learn from established curators who are doing groundbreaking work in both institutions and non-traditional exhibition spaces across the country, as well as from peers at the emerging level in the field. The program had such diverse representation from all corners of the art world. There were curators working for museums, commercial galleries and art dealers, experimental art spaces, as well as public art administrators and archivists. There were also a few participants who were in undergrad or grad school, as well as several working artists who have a curatorial practice as well. 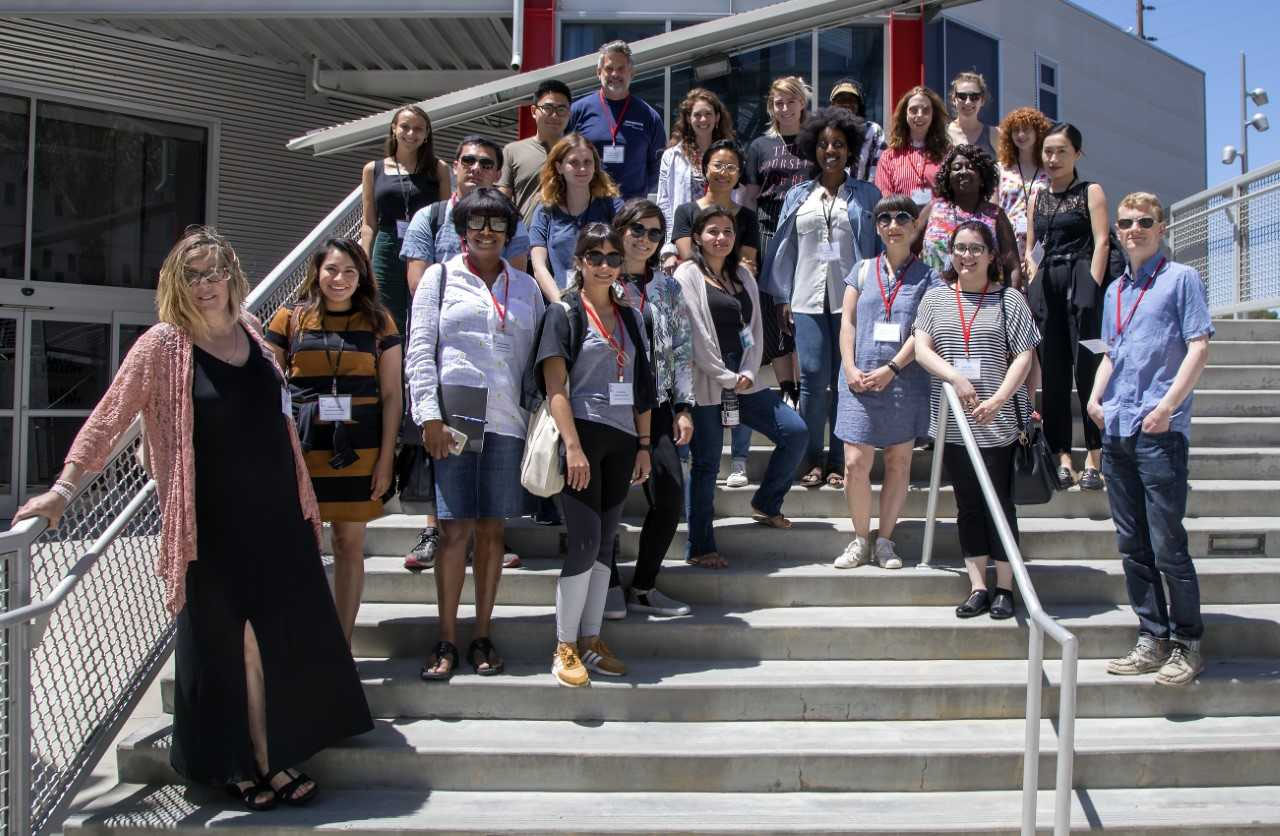 Arielle with her retreat colleagues

What were a few of your takeaways from the retreat?

Great curatorial work comes from great collaborations with artists. This has always been my personal philosophy when it comes to creating exhibitions, commissions or collections of artwork for private collectors and commercial projects such as a hotel or multi-family residential property. Listening to the artists and letting them drive the conversation when it comes to the presentation of their work produces the most authentic results. As curators we can support artists by challenging them and pushing them, but ultimately, we are at our best when we work for them-  and with them – as collaborators.

There isn’t one “art world,” there are many art worlds. Find the one (or ones!) that is most fulfilling for you and build your community there. But don’t become isolated. Support places where your art worlds intersect with other ones.

Which speakers inspired you the most and why?

The speaker who most inspired me was Lauren Mackler of Public Fiction, which is both a physical exhibition space for experimental installations, performances and happenings on a changing topic, and a publication that also takes on the same thematic focus. She is based in Los Angeles and her curatorial practice has been highly experimental and collaborative. She thinks of exhibition-making as an artistic practice, and therefore as a collaboration with the artists she works with. However, she  resists the notion that any artist’s work would be a “material” within her own creative work. She offered a lot of insight with regard to how to strike that perfect balance.

Hamza Walker’s lecture was also super inspiring. He was one of the curators that really drew me to apply to the program. He hails from Chicago and has worked for the Randolph Street Gallery, for Chicago’s Department for Cultural Affairs, and most notably, the Renaissance Society. He’s now the director of LAXART, and co-curated the critically praised 2016 edition of “Made in LA.” He told lots of great personal stories of artists, musicians and other creatives that he hung out with and worked with during his time in Chicago. He also talked about alternative spaces and how they are crucial to the development of artists and our arts communities, and ways these spaces are different than museums and galleries. He said, “If you’re calling yourself an alternative space you have to actually be alternative! You have to be different than the traditional gallery, not just underfunded!” (Hamza basically talks in all caps, with exclamation points, he is amazing!) 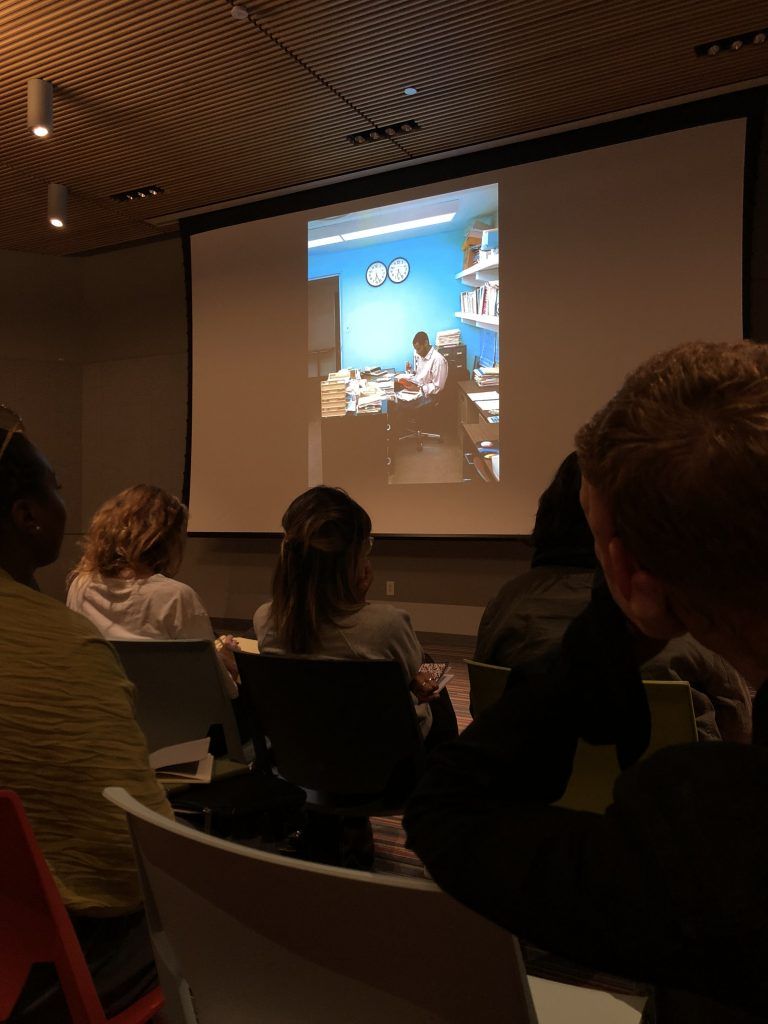 Hamza Walker speaks to the emerging curators from his desk at Chicago’s Department of Cultural Affairs, where he has a Felix Gonzalez Torres piece above his desk!

What was one of the most memorable sites you visited?

I visited the Underground Museum several times while in Los Angeles, it is one of my favorite art spaces in the city. The Underground Museum was founded by artist Noah Davis in 2012 with the goal to bring world-class art to Arlington Heights, a working-class neighborhood in Los Angeles, for free. Noah Davis passed away in 2015 at the age of 32, but left behind the concepts for 18 exhibitions and the framework for a partnership with MOCA. The current exhibition is titled Water & Power, and it utilizes mostly sculptural works that take natural phenomena as their medium, to offer an opportunity for engaging the community on the topic of our shared environment. In addition to exhibitions, they have programming for the community like yoga and meditation, poetry readings, lectures, and film screenings, many of which take place in the museums’ Purple Garden, an installation and site of connection and rejuvenation created by Noah Davis. 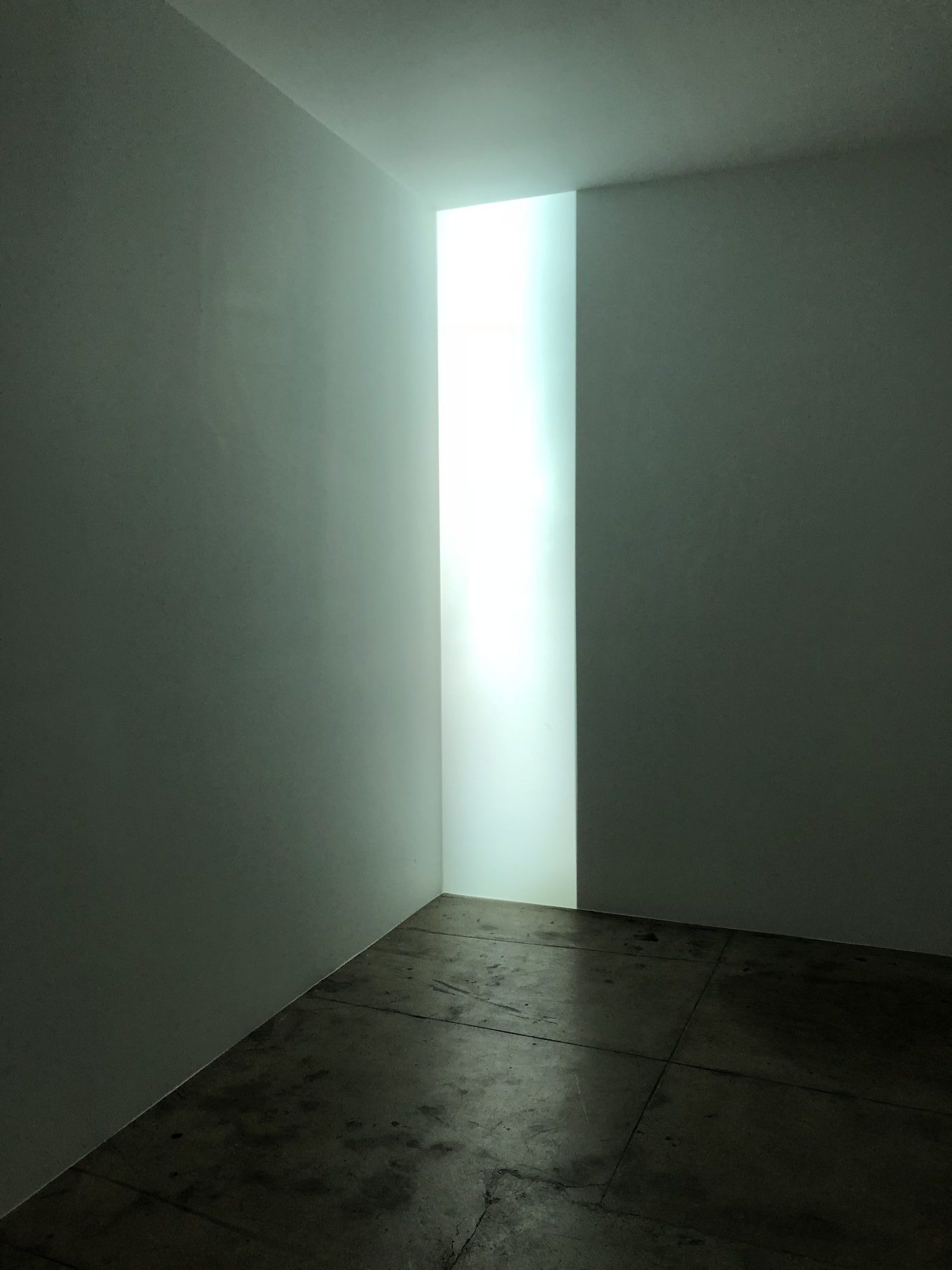 A piece by James Turrell at the Underground Museum

How will you incorporate your new knowledge into your work with Nine Dot Arts?

As Curator of Special Projects, a new title I’m taking on come October, I’ll be focused on some of our initiatives that are more ephemeral – such as our work on arts and culture masterplans, temporary activations and pop-ups, and large-scale installation-based works. My time at the Emerging Curators Retreat also helped me to gear up for the opening of Union Hall, a new arts space in Downtown Denver opening in 2019, – I’ll be serving as the Chief Curator on this project. Our team at NINE Dot ARTS has been working on this project for over a year, and we are so excited to be working with East West Partners to develop Union Hall into a space for unique and groundbreaking exhibitions, a true community partner, and culture concierge in Downtown Denver.

What is your advice to other emerging curators?

I think there’s very much this feeling from the time you are in school into the early part of your career, that you have to choose one thing and become an expert, to pursue that thing as the essence of your practice to its limit and own it totally. And you know what, that’s just not the case! I think young curators, artists, writers, etc. should feel free to experiment and collaborate, to create things and invite critique. It’s a challenge to not be so precious about your creative work! This is something I’m still learning too.

I was so impressed with my fellow participants! Here are a few who I think have interesting curatorial practices and bright futures in the field!