2019 marks NINE dot ARTS’ ninth year, and as part of our celebrations of nine years of using the power of art to transform the average business environment, we’re blogging about several sets of nine, beginning with NINE Unexpected Places to Find ART in Denver.

1. The “people who built Denver” underneath Speer Boulevard

Underneath Speer Boulevard along Little Raven Street is an enthralling mural by Denver’s Emanuel Martinez called “Confluent People.” Featuring 12 giant faces wearing sunglasses, the 10,000-square-foot mural captures the beauty of the people who built Denver, nods to Colorado’s Chicano movement, and speaks to harmony, equality and community. It was completed with the help of 50 students from high schools across Denver. 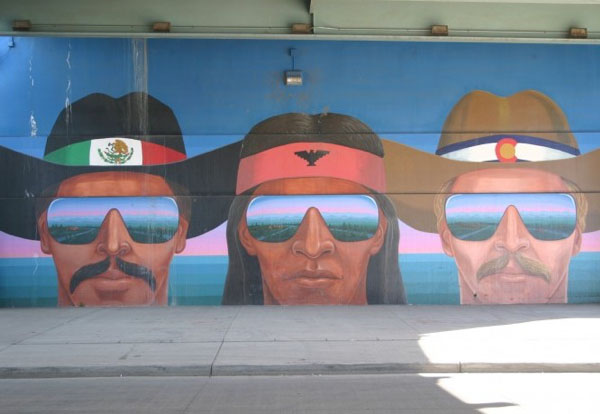 2. A speakeasy-vibe gallery in RiNo
Hidden in the back of Pon Pon, an artist-run bar in RiNo, is Lane Meyer Projects, a contemporary art gallery space featuring national and international artists. The bar is infinitely quirky with a speakeasy vibe and the gallery is small and flexible, meaning you’ll find an ever-changing collection of art forms in all mediums and durations. The gallery currently features ERRATIC, a solo exhibition by David D’Agostino (through February 11, 2019). 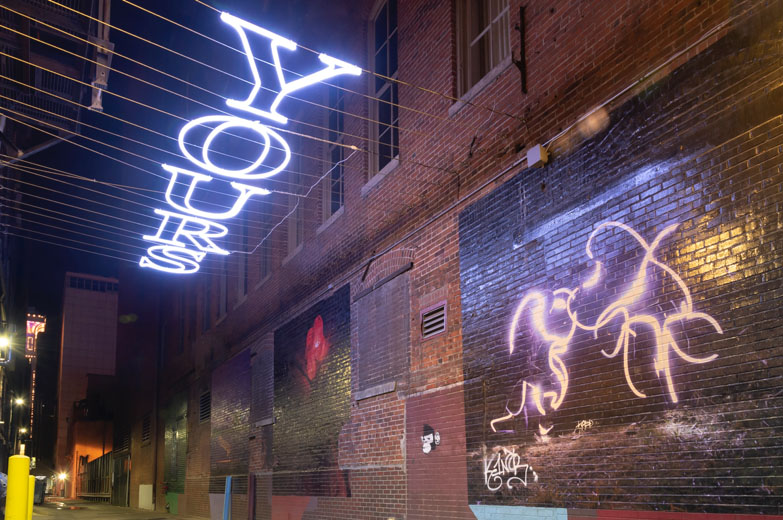 4. An art gallery on wheels
Like a food truck… but for art! At different pop-up locations across Denver you’ll find Hey Hue, an affordable art store in a moving truck. In their own words: Exceptional art for those on a beer budget with champagne taste. Follow @heyhueart on Instagram to find out where they’ll be next. 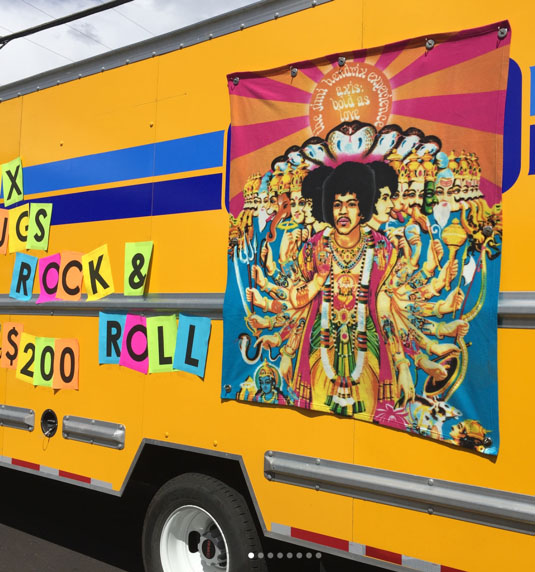 5. Art that embraces its roots in sewage
At Carpio-Sanguinette Park in Globeville (formerly known as Northside Park), a unique urban art display awaits. Embracing its roots as a 1930s-era sewage treatment plant, the park’s design includes an intriguing patchwork of concrete shapes and monoliths (the former infrastructure of the plant) which have been layered with years of graffiti. 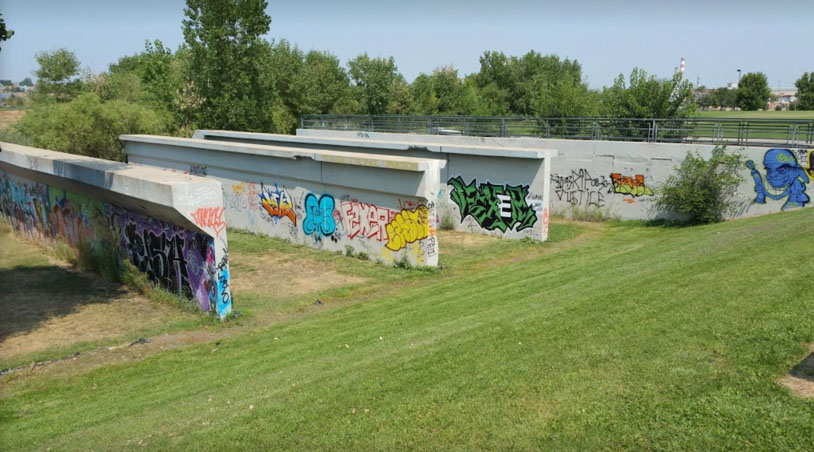 6. The largest mural ever created that you might have missed
At 14th and Champa Streets, you can see the largest mural ever created by renowned artist Shantell Martin – in fact, you may have walked right through it! Her spray-painted mural adorns the sidewalk around the corner from Champa to Stout Street along 14th. Her art embraces process, so you’ll see the mural change from white to black doodles with opposing backgrounds, creating art with no defined beginning or end. Martin invites you to explore the piece however you feel moved to do so. 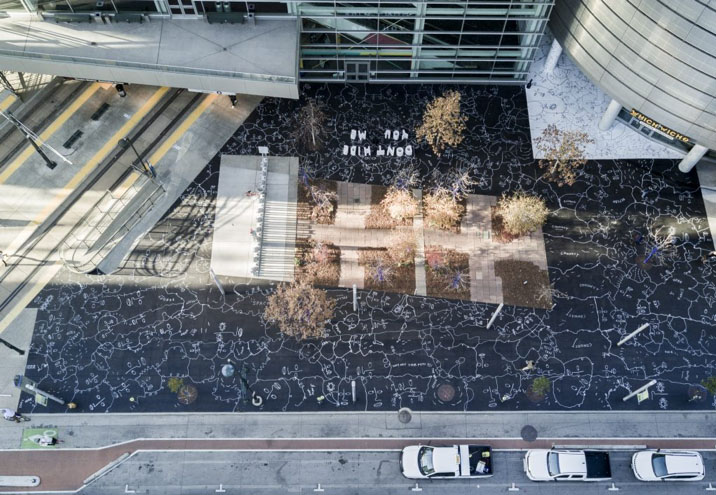 7. What’s that sound on Curtis Street?
In Downtown Denver you can stroll along Curtis Street to hear Jim Green’s “Soundwalk” come alive from the street vents – literally. Various sounds flow from a series of six ordinary-looking grates in the sidewalk between 15th and 16th Streets, which surprise and engage the public with everything from farm animals to gurgling water.

8. Interactive digital artwork in unexpected places on the Dairy Block
Tucked away in the basement of the Dairy Block en route to some unexpected bathrooms, you’ll uncover an interactive digital artwork by videographer, filmmaker and artist Chris Bagley. The installations use sounds, recorded voices, colored lights and projected multimedia elements to delight and humor guests.

9. Explore an astonishing world in Dairy Block’s activated alley!
The secret may be out, but The Alley at Dairy Block is an extraordinary world of art in a traditionally unexpected location. Featuring poetry by Geri Montoya, musical sculptures by Nikki Pike, Denver’s largest mirror by Collin Parson, light up steps by Jen Lewin and a series of commissioned murals, the art collection invites you to explore the space from 18th to 19th Streets between Blake and Wazee. 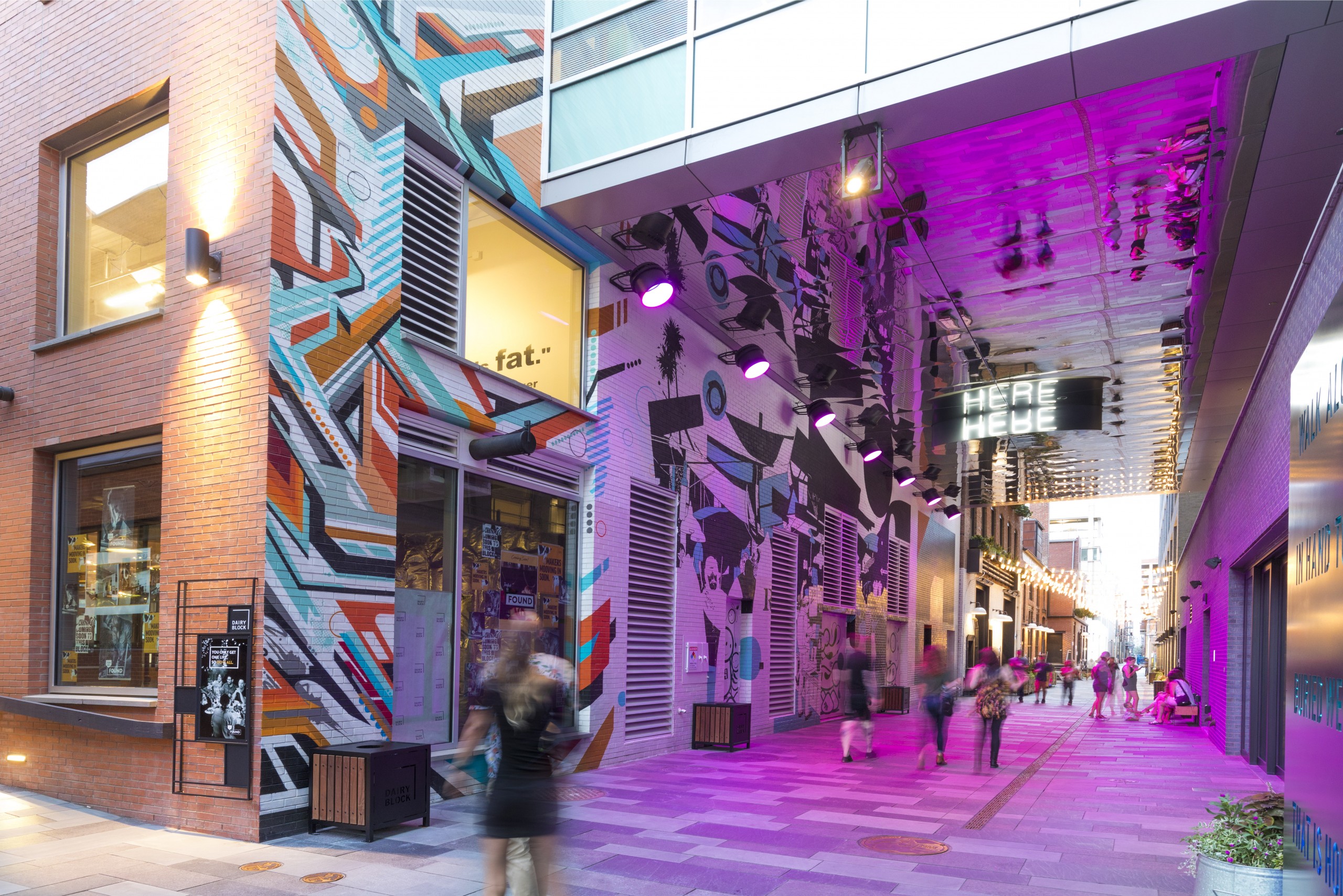