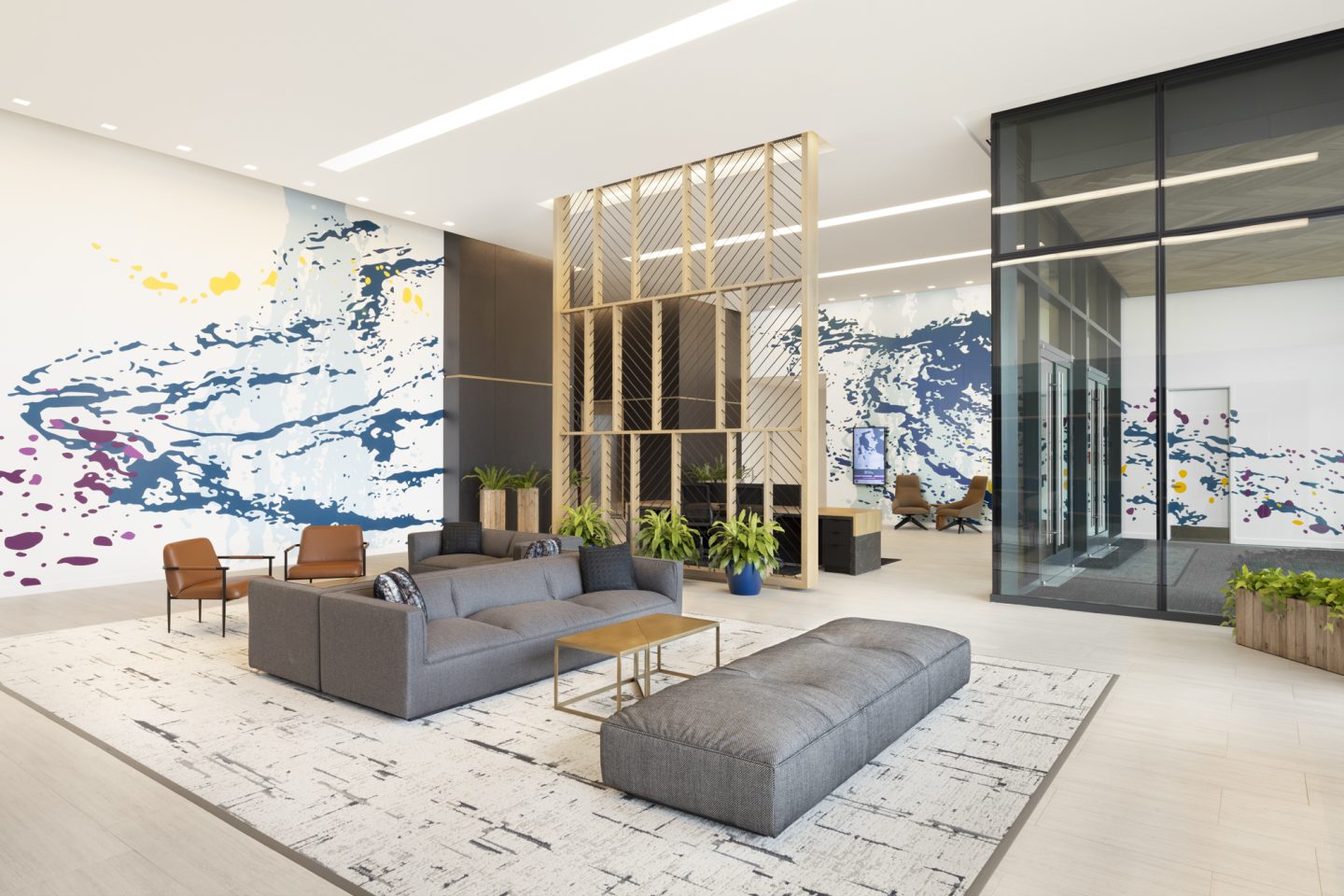 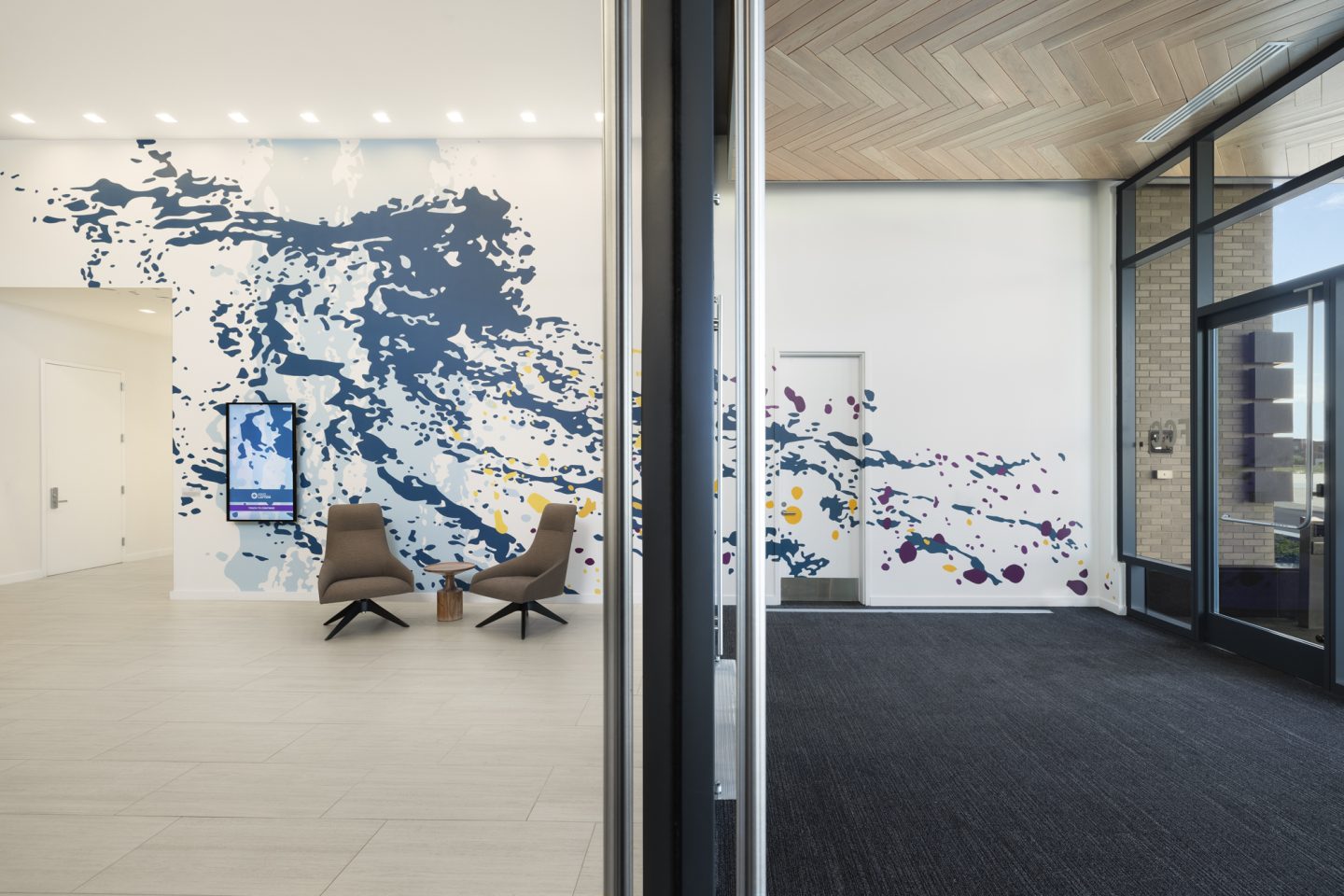 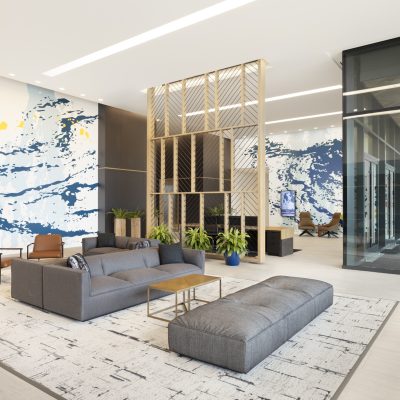 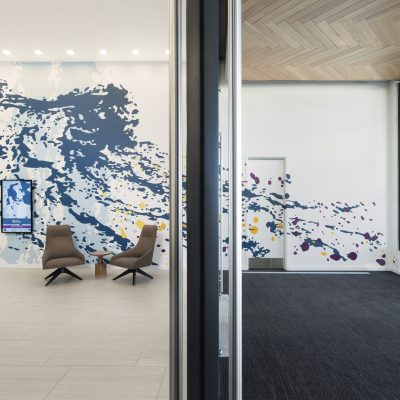 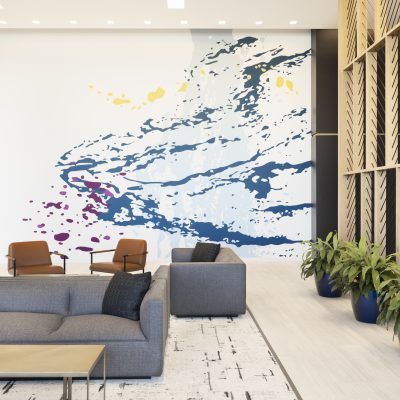 Conveying the dynamic movement of water, Mindy’s mural offers viewers a “wow” moment that beckons them further into the space. She even created a digital design for the office’s large-screen monitor that mimics her mural, thus integrating seamlessly into the space’s interior design. Using bold strokes, layered colors, and abstract shapes, the mural creates an engaging environment that feels both inviting and invigorating.

“This mural is based on imagery of water in motion, from local rivers such as the Platte to public fountains. The shapes reference water as it flows, spills, sprays, and glints in the sun. The term superfluidity is found in fluid dynamics and describes a liquid with no viscosity that can change and respond to its environment rapidly. The piece is about adaptability and how the image moves freely through the architecture, tracing a dynamic path of visual movement.” – Mindy Bray

The art collection at Denver’s Block 162 from Patrinely Group and MaRs Culture tells a compelling story of Denver’s artistic talent, all nestle...

Formerly owned by telecommunications leader CenturyLink, The Link is a mixed-use office space in downtown Denver. Highlighted by its energy efficie...

A resource to sustain life, water’s journey from the high peaks of Colorado to the city scene in Denver is the storyline told through our curated sculpture collection at the newly-renovated, 35-acre Denver Water campus. Our team commissioned three large-scale...