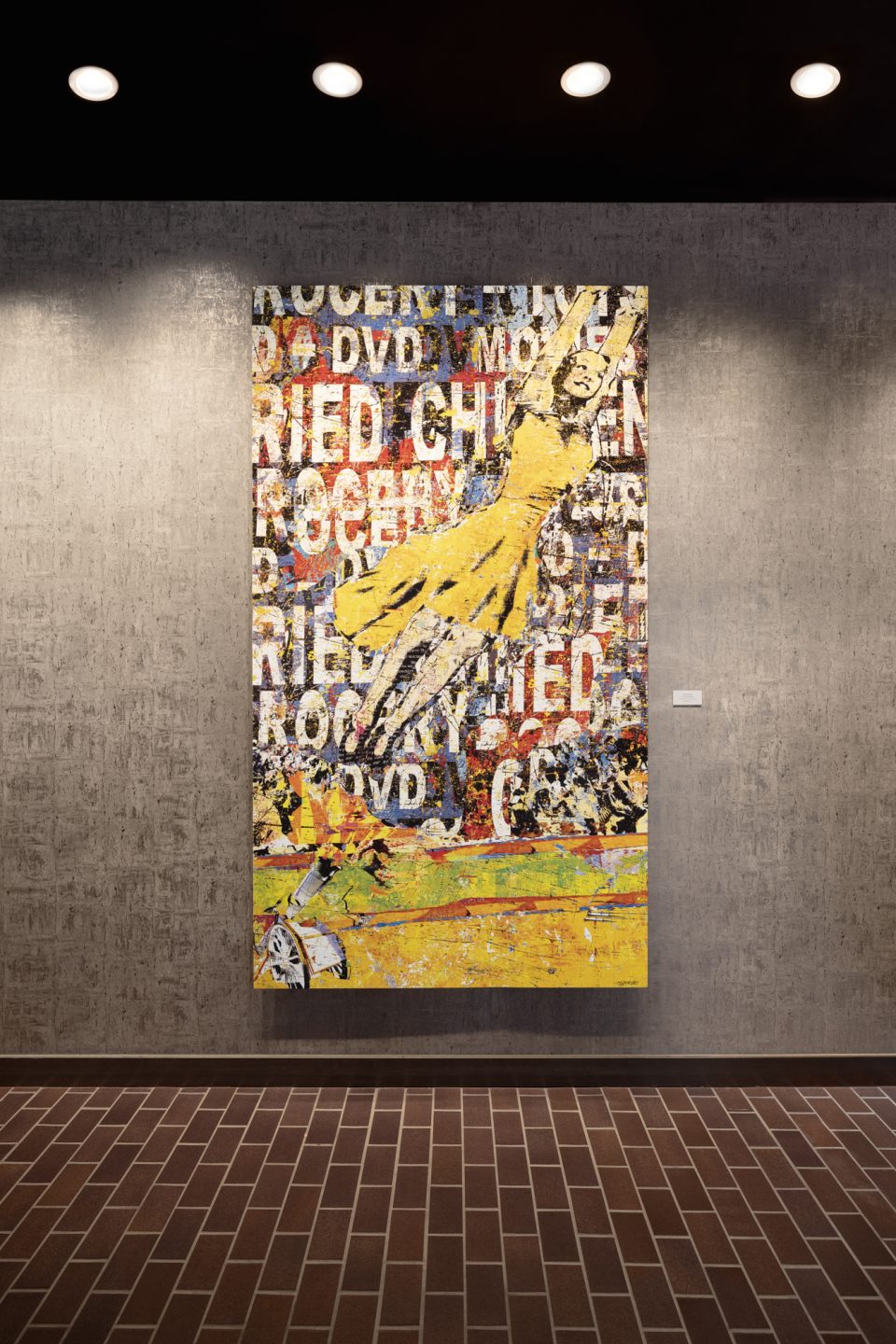 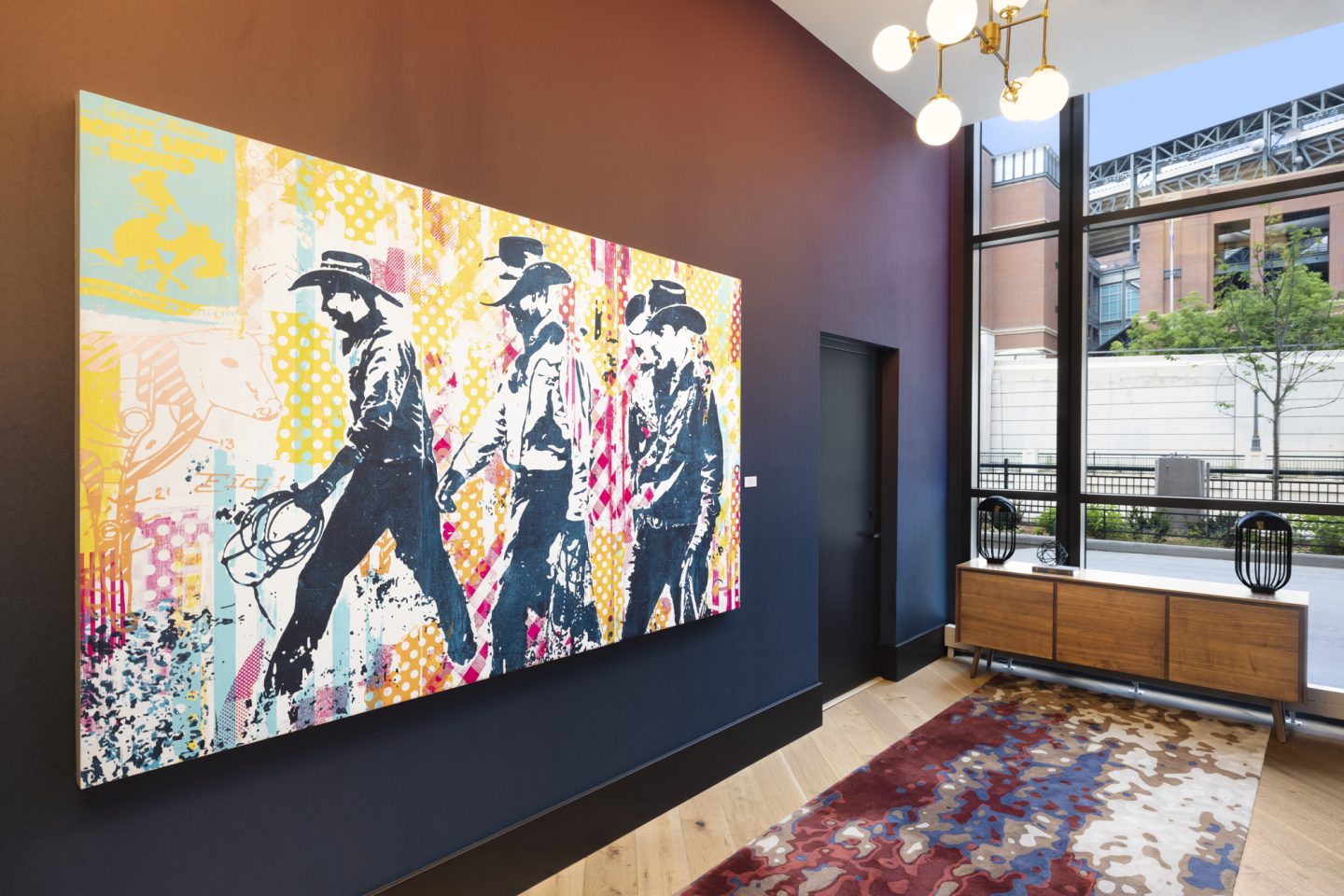 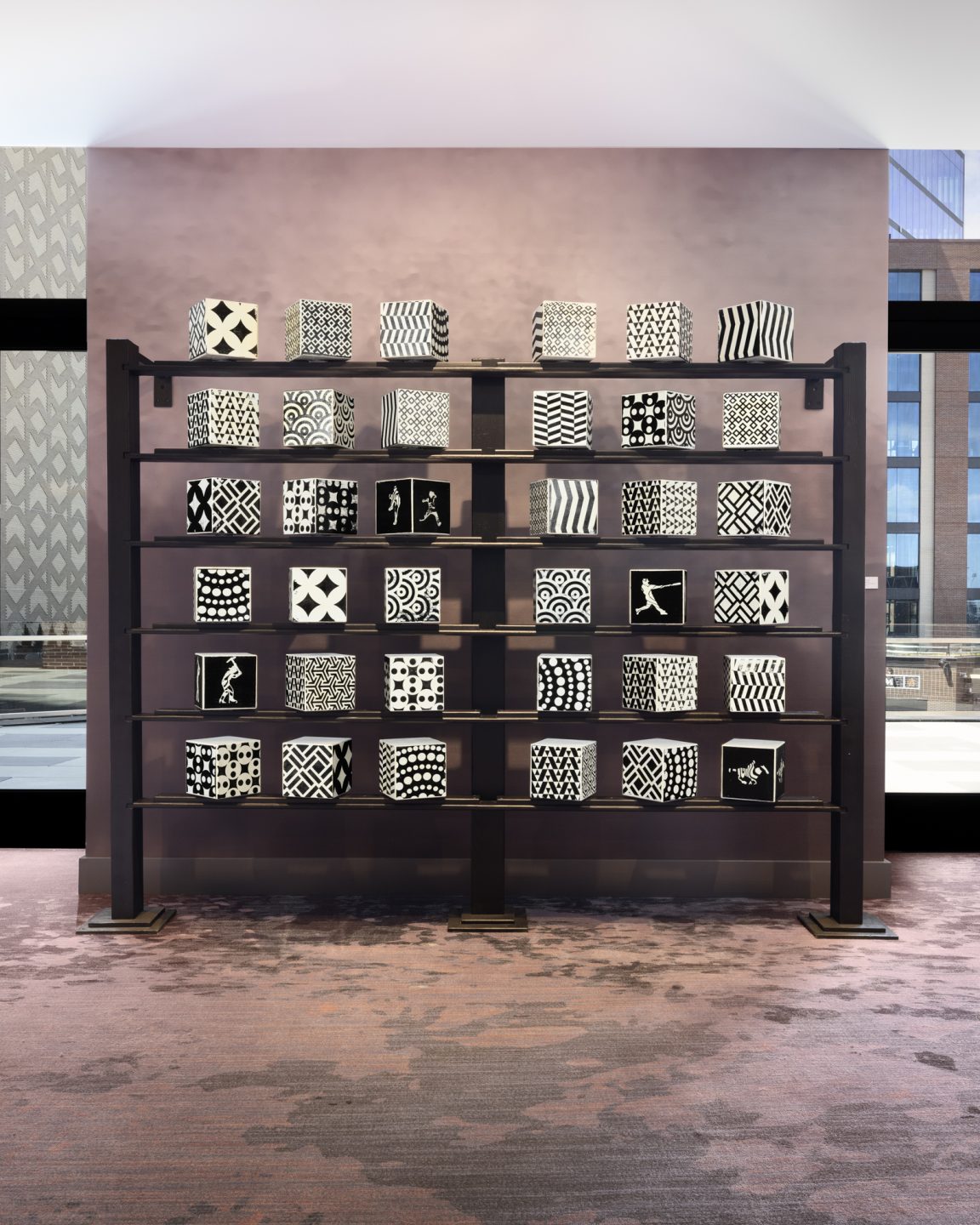 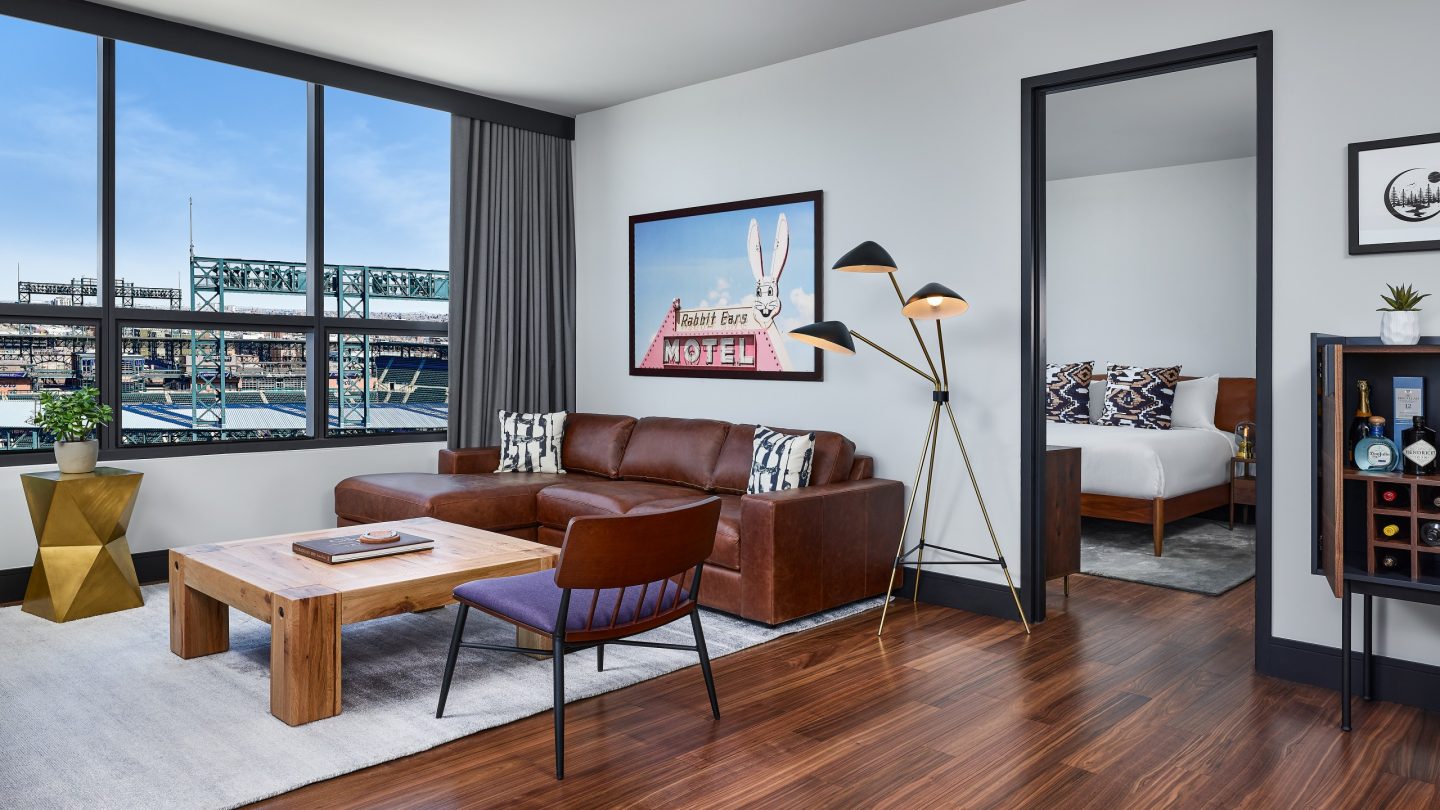 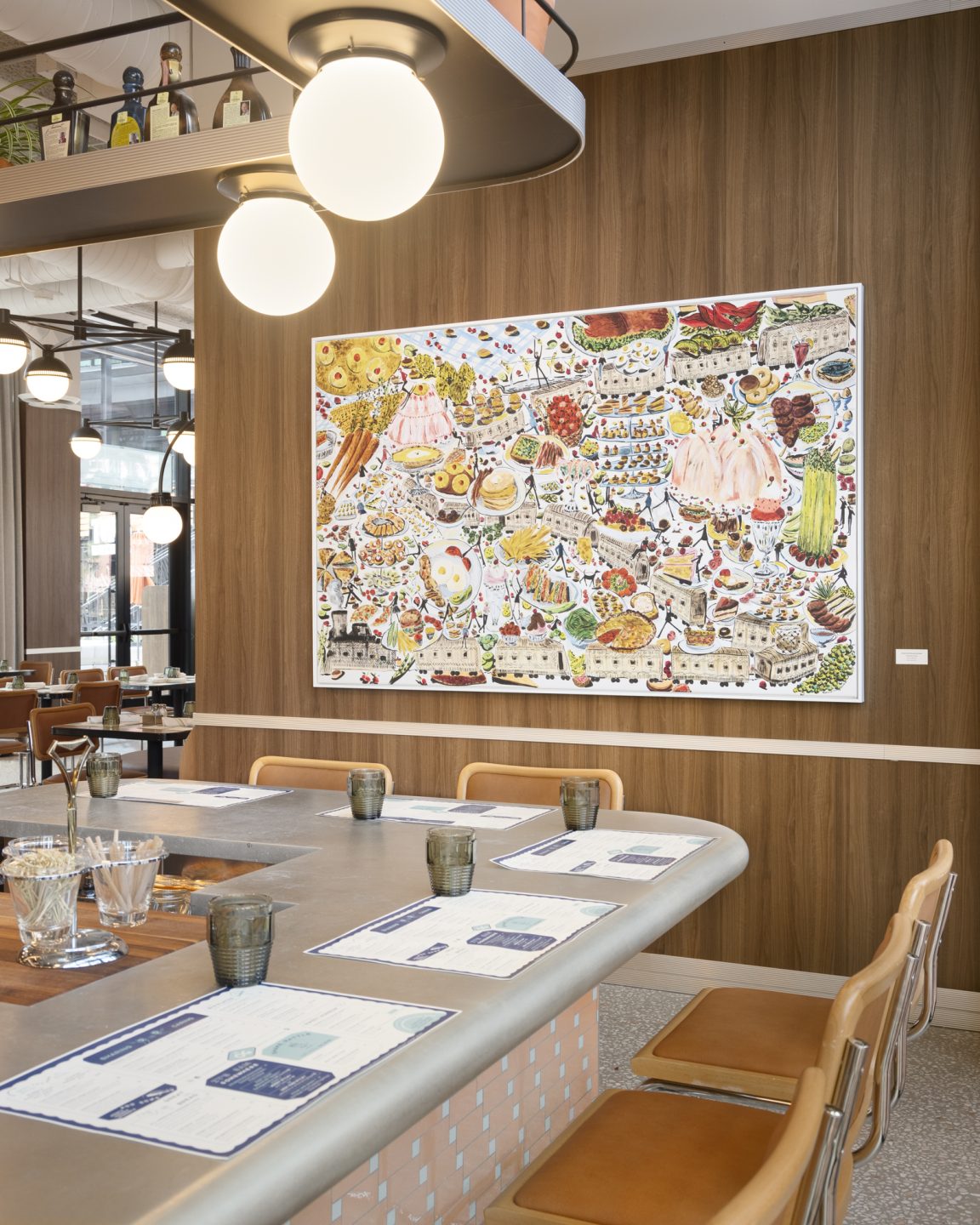 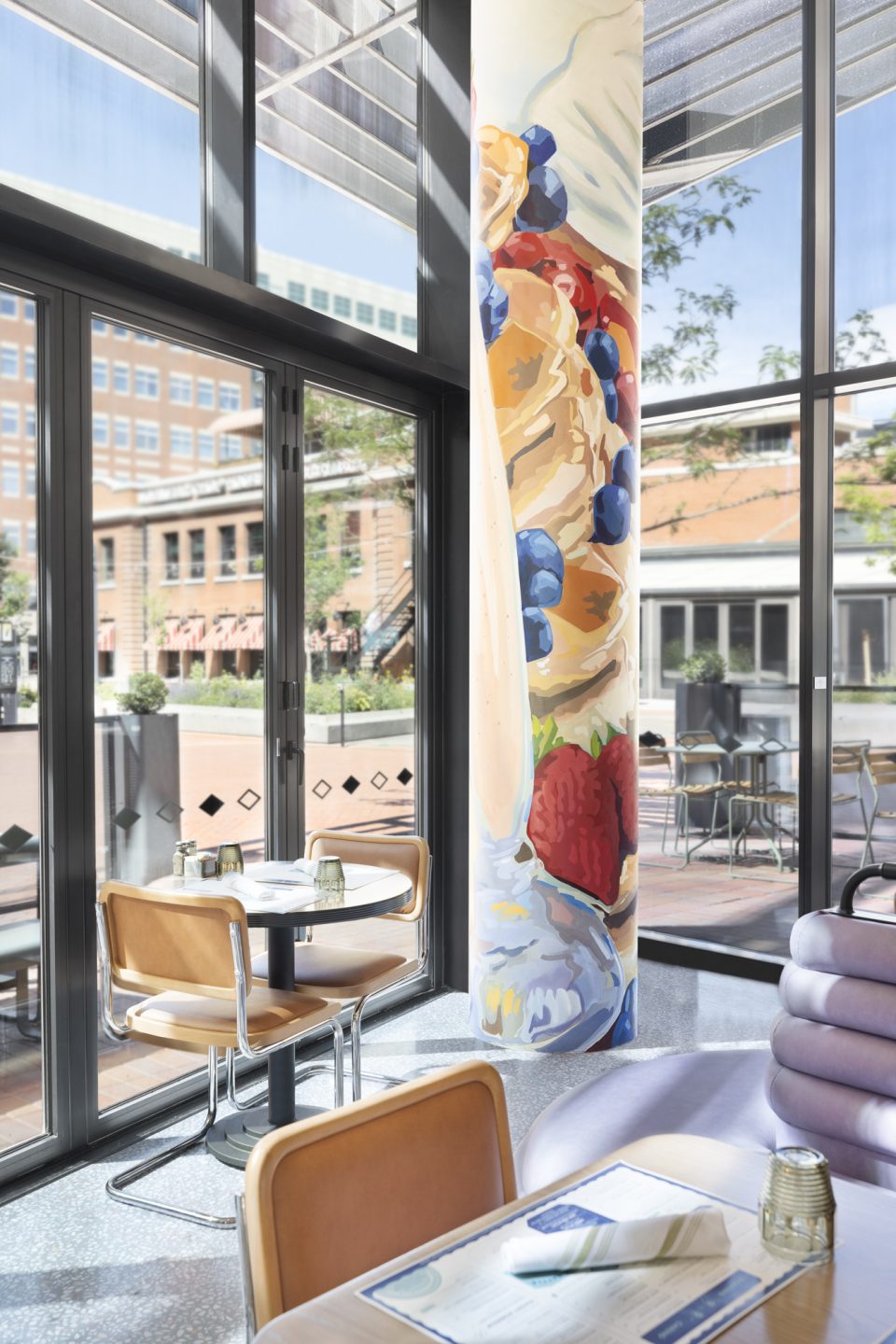 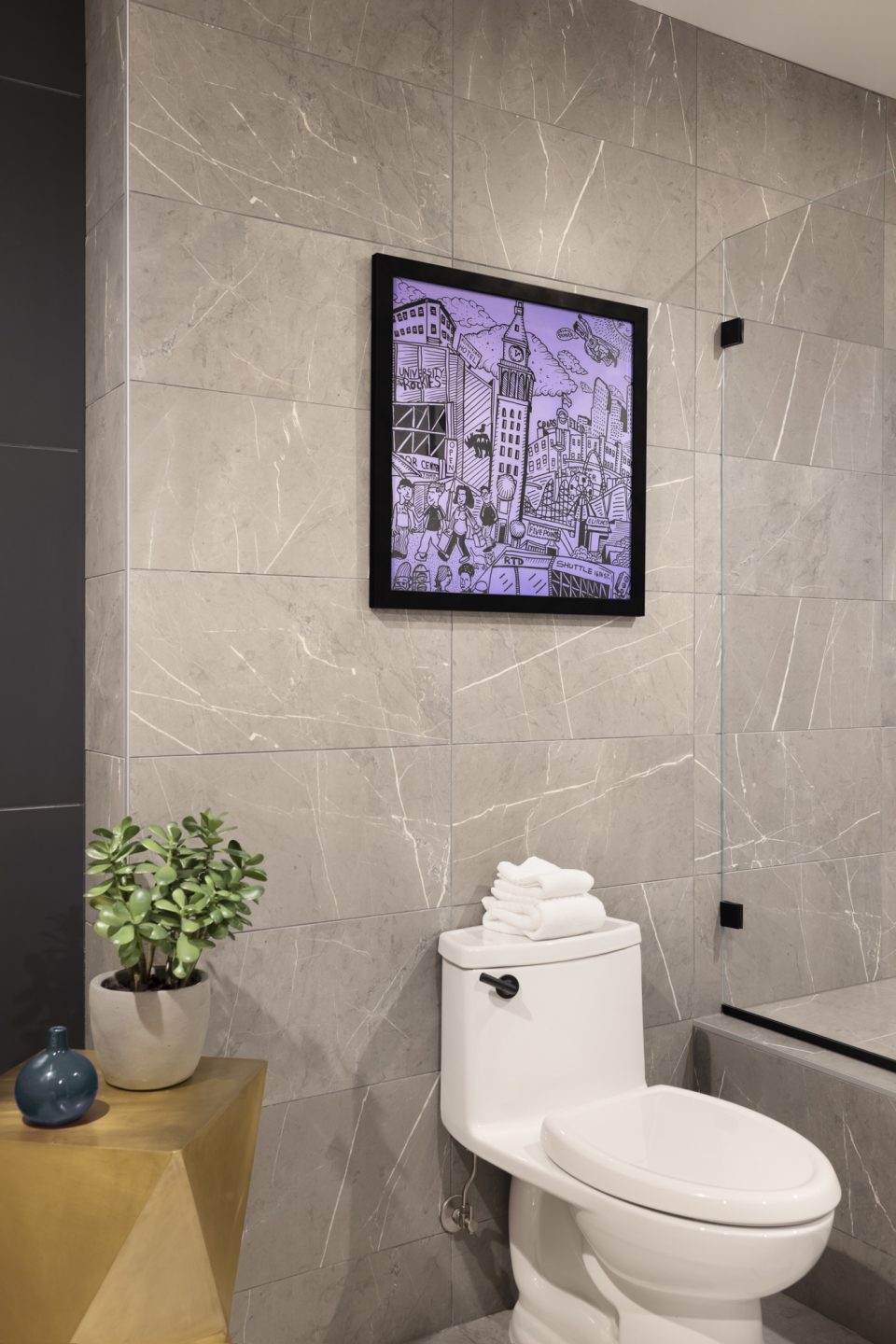 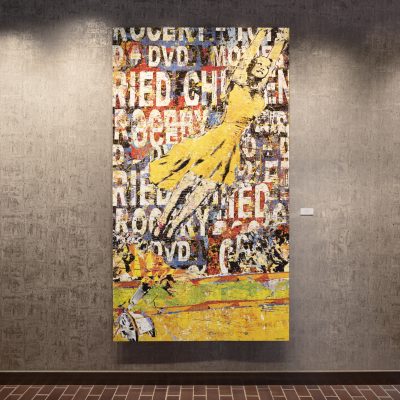 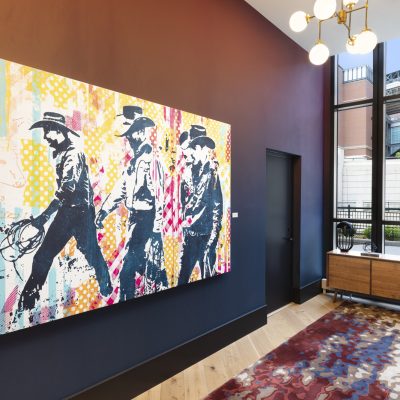 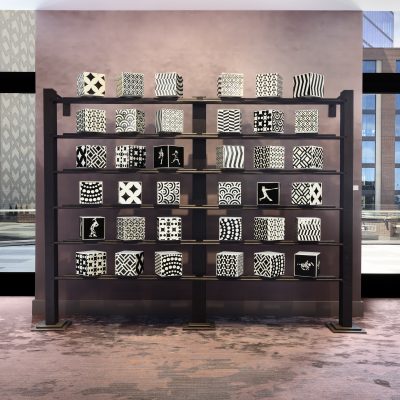 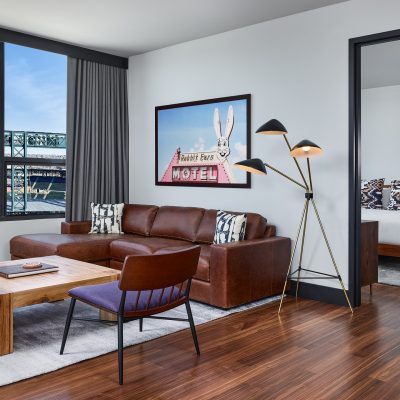 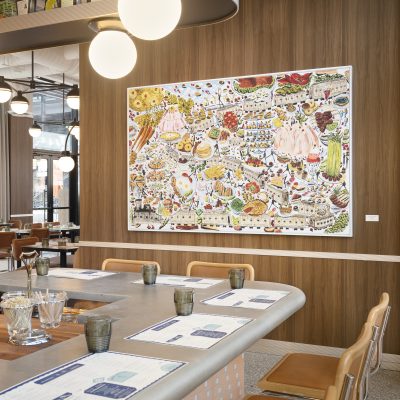 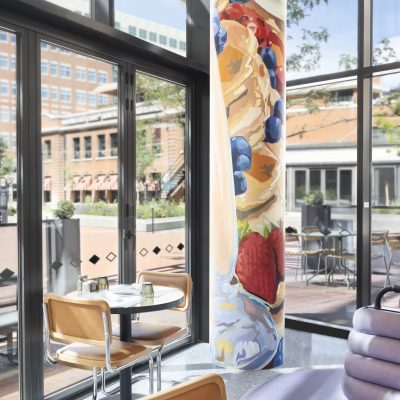 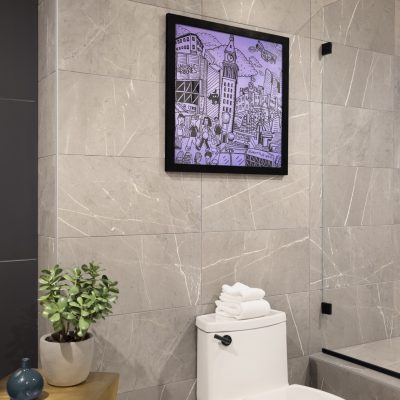 The goal of the art program at the Rally Hotel was to transport guests and visitors to the world uniquely known as Denver, Colorado. From a jaunt to the mountains to the first pitch or kickoff of a sporting event, anyone who visits The Rally will have a greater understanding of all that makes the Mile High City the important cultural destination it is today. The art collection balances Denver’s progressive ideals with its rich history to create a visual narrative of the people, brands, activities, and places that make the city special.

Situated amongst the popular McGregor Square development featuring restaurants, shops, and a large public plaza, The Rally is also positioned next to Coors Field, home of The Colorado Rockies and a source of pride for many Denverites. This prime location in the heart of Denver’s entertainment scene inspired the design and artwork for The Rally – along with its namesake as a historic baseball superstition (the rally cap) in which fans wear their caps inside out or backwards in hopes their team will pull off an unexpected victory. As such, the vision for The Rally Hotel was to capture the excitement and evolution of the Mile High City while honoring its historic roots and the authentic attributes that characterize the Western region.

Art highlights include an oversized reproduction of the Governor’s Honorary Proclamation of Major League Baseball Day that stands at 8 feet high to various paintings and photographs of Colorado’s urban and nature-filled landscapes. Additionally, the hotel features a nearly 8-foot-tall interactive sculpture entitled, “The Machine,” by local artist Peter Yumi. It includes 36 screen-printed blocks, each with their own unique pattern, and many depicting animated scenes of the city. Visitors are encouraged to touch and spin the blocks, as the sculpture aims to bring out the child inside each of us and satisfy our innate desire for human connection and play.

At the hotel’s entryways, guests are greeted with warmth and welcome by artworks like Daryl Thetford’s playful 96” x 54” print on aluminum, or Maura Allen’s brightly colored cowboy commission, which nod’s to Denver’s western roots. Even the attached diner, The Original, features engaging artistic elements that connect the hotel’s Americana feel with the city’s local flair, such as Tom Ward’s column mural featuring a delicious stack of pancakes, as well as illustrator Pauline de Roussy de Sales’ painting of a feast of traditional diner treats.

Altogether, the art collection elevates the award-winning hotel by telling a compelling and hyperlocal story of the city. Featuring interactive installations, laser-cut monotypes, oil and acrylic paintings, watercolor and ink artworks, photographs, and more, the art works in tandem with the dramatic design to create a distinct and memorable sense of place – a place that can only be found in Denver, Colorado.

An underground speak-easy bar beneath the historic Armstrong Hotel, Ace Gillett’s is an ode to Fort Collins history and remains as one of the city’s cultural gems. NINE dot ARTS was brought in to partner with the General Manager, Hotel Owners, and interior ...

A far-from-typical airport hotel, H Hotel offers an elevated Los Angeles experience for LAX travelers. Seeking thoughtful and intriguing additions to their sophisticated amenities, the H Hotel art collection needed to continue to raise the bar. We curated the collection around the theme of aviati...

It’s all about play time #atthemoxy. The Moxy Denver Cherry Creek is a poppy, eccentric, urban retreat located in the heart of Denve...